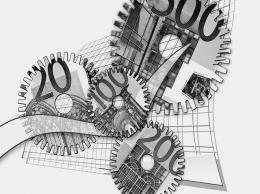 High level talks are scheduled this Tuesday between President Obama and the up and coming leader of China, Vice President Xi Jinping. Xi is hoping that the talks will boost his international standing while he simultaneously tests Obama’s ability to balance diplomacy with China and his election-year pressures.

Xi’s visit has been carefully planned by his Chinese handlers so that it the once-every-ten-year Chinese transfer of power is accepted by Washington and the world as a significant rite of passage. Xi is expected to take the helm of the Communist Party, which leads China, later on in 2012, and then finally taking over the Chinese presidency in March of 2013.

The fifty-eight year old Xi arrived in Washington on Monday and was greeted with a dinner with veterans of US foreign policy, including former national security advisers Brent Scowcroft and Zbigniew Brzezinski. Former Secretary of State Madeleine Albright was also on hand.

Obama has been working on changing US economic policy toward Beijing quietly, trying to find new ways to get results on such touchy issues as improved market access and better currency practices with China which have historically been thorns in the sides of Obama as well as his predecessors.

Xi is the highest ranking Chinese official to visit the US since Obama began his new US leaning toward Asia, began in November. Obama would like to see a more balanced relationship with Asia, reducing China’s increasing assertiveness in the region.