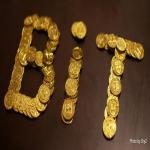 Certainly, with President Obama’s second inauguration this weekend, everyone is abuzz with the cost of the three day affair. His second inauguration is likely to exceed $100 million dollars, according to The Weekly Standard. This inauguration is actually quite historic, as January 20th falls on a Sunday. As a result, Obama will have a private inauguration ceremony on January 20th and a public ceremony on January 21st. The entire program for Obama, with the theme “Faith in America’s Future” will really fall out over three days, creating even more expense.

Of course, Obama isn’t alone in spending vast amounts of money on his inauguration. President Bush’s second inauguration cost $115.5 million according to the New York Times, while Obama’s first inauguration came in over $125 million.

In contrast, David Rice Atchison’s inauguration cost the American government virtually nothing – and he was actually only president for a few minutes. When President-Elect Zachary Taylor didn’t want to take the oath of office on the Sabbath on Sunday, March 4, 1949, he pushed the inauguration off by a day.  David Rice Atchison, a Senator from Missouri, was the President pro tempore of the Senate at the time. In a letter that is, today, part of the Shapell Manuscript Foundation collection, Atchison joked that the office of the president was technically his when there was no president or vice-president. On March 4th, when he was supposed to “take office” for the day, Atchison was actually at home sleeping since the Senate had adjourned at 7 am that morning. He did, finally, take his Oath of Office as President pro tempore, but only did so a few minutes before Taylor.

Certainly, this must have been one of the least expensive of all Inauguration ceremonies.

With the tension of the election finally behind him, newly re-elected President Obama can now focus on the great challenge in front of him; the fear of falling off the great “fiscal cliff.” Confronted with a stew of tax hikes and spending cuts which are calculated to siphon off about $600 billion from the economy unless some deal is made with Congress, Obama has a lot to think about when the victory parties and acceptance speeches are history.

There are two essential but separate issues to lose sleep over: the coming expiration of individual tax cuts at the end of 2012; and tens of billions of dollars in spending cuts which will hit practically every agency like a sledgehammer, due to kick in on January 2, 2013.

Driving off the cliff could send shock waves to US markets, sending the country back into recession mode, with reverberations across the globe. It is clear that how Obama handles this crisis, especially given that Republicans won control of the House of Representatives, could make for exciting politics in the coming months.