Brooklyn Commons is the new name of the Brookfield Properties 16-acre business and cultural campus between Flatbush Avenue and Jay Street. Once named MetroTech Center, Brooklyn Commons has everything: offices for rent, trendy eateries, cultural programming, lush parks, and inviting open spaces. With an investment of $50 million, three Brooklyn Commons buildings are being overhauled and outfitted with new lobbies, terraces, and retail spaces on the entrance level.

The renovations also include Brooklyn Commons Park, the 3.5-acre public park at the heart of the campus. With an ice skating rink that is open now, and new seating and lounging areas planned for the future, the space is already a great option for a day out. Brooklyn Commons also offers cultural programming for the public. The Arts Brookfield program at Brooklyn Commons has a robust schedule of educational lectures, art exhibits, film viewings, theater performances, concerts, food festivals, and holiday festivities.

When 25-year-old entrepreneur Neil Hershman decided last year to open a flagship branch of Dippin’ Dots/Doc Popcorn in midtown Manhattan, he made the decision with a generous dose of nostalgia.

“I grew up like many others eating Dippin’ Dots exclusively at an amusement park or sports game,” Hershman told QSR Magazine, a journal covering the food service industry. “I wanted to bring that same experience to the millions of young adults and families traveling through Manhattan daily.”

Nostalgia aside, however, the decision to invest time and money in the city was a business call and a vote of confidence that the city’s economy will soon begin to bounce back from the downturn that accompanied the coronavirus last year.

The new store, which is scheduled to open in early April at 1 Madison Avenue, adjacent to Madison Square Park, is not the only indication that things are looking up for New York. The real estate sector, too, is showing more signs of vitality than it has in years.

“It is a reach to say the city’s property markets are roaring back,” the Financial Times reported in early March. “But the beast is certainly stirring. The first two months of 2021 have been the strongest opening to a year in Manhattan since 2015, the height of the market. February alone saw more new deals than any single month since May 2013.”

Even more significant, said the FT, is the fact that the economic growth appears to be led by wealthy New Yorkers eager to get back to museums, Broadway, sporting events, ballet performances and more.

“I’m optimistic on the eventual return of normalcy to New York City within the next 24 months,” concluded Neil Hershman.

The commercial real estate market has been doing exceptionally well in the Eastern U.S. since the start of this year. Companies with a focus on the region, such as Northland Investment Corporation with CEO Steven P. Rosenthal, are being swept into a pace that, according to local brokers, hasn’t been matched in years. During the first two months of 2014, Erie County saw almost $120 million worth of commercial property deals despite the frigid weather. Robert Strell, a broker and owner of MBA Consulting and president of the Western New York Commercial Association of Realtors, said: “It’s almost staggering, I’ve got to tell you. We knew there was action and activity, but the total is a big number and there’s a lot more coming down the pike.” Experts have said that given the current rate, the market may surpass the half-billion-dollar mark and post more than $720 million in deals throughout the rest of the year. The activity recorded in January and February is high-priced, with deals exceeding $5 million in value and some reaching as high as $15 million. Amy Nagy of Hastings Cohn Real Estate confirmed this positive outlook, stating: “It’s highly busy in this first quarter. There’s a lot of momentum in the market that’s generating things moving along.” 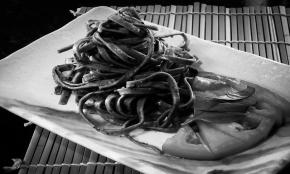 Adventure vacation company Black Tomato is adding an office in New York after setting up shop in 2005 in its original location in London. Tom Marchant, one of three founders of the travel company, will be moving to the US to oversee the expansion.

Marchant, and his co-founders Matt Smith and James Merrett began Black Tomato to bring a bit of adventure and excitement to the vacation marketplace. The move to New York is part of a business plan to enlarge its client base plus forge deals with other companies to gain the status of a lifestyle brand.

Last year Black Tomato organized 2,965 dream vacations earning $16 million in revenue for their trouble. The 60-person employee base arranges such custom-made adventures as trips to Iceland’s tectonic plates, volcanoes in Costa Rica and the outback of Kenya. The growing appeal of such adventures seems to be on the rise; Black Tomato’s 2013 earnings were up by 30 percent over 2012.

Part of the secret of the firm’s success was actually setting a limit on the number of destination choices the company offered its clients, reducing the number of countries they sent customers to 40 last year, compared to 89 countries the year before.

“What we did at the start of last year, which I think had a big impact, was slim down the amount of product we were offering,” Marchant explained. “Sometimes when you offer people the world – literally, in this case – it can actually be hard to determine where they want to go.”

Marchant says he will make an exception if a client has a desperate desire to visit a country that is not on his list.

About five years ago Marchant started to see more clients from the USA. Now Americans comprise about 40 percent of his clients. Black Tomato has not marketed to a US audience; he says most of his US customers were referred to him by word of mouth.

“The opportunity to be the first to do things or to really get off the beaten track resonated with a lot of people over here both on the east coast and the west coast,” says Marchant.

Marchant is betting that now is the time to leverage his company’s growing popularity and pursue his business more aggressively in the US.