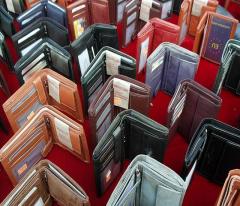 You wouldn’t necessarily put the two together – Suzuki and Google – just in the same way you might have gone “hmmm” the first time you were told to put peanut butter and jelly together (especially if you’re British). But somehow, just as the latter works supremely well in combination, the former might have a thing or two going for it as well.

It seems that Maruti Suzuki is going to be doing more than Googling for guidance on marketing techniques. In fact it is looking to “tie up” with the company in order to acquiesce a “more focused foray into the digital marketing space.” It won’t be restricting itself just to Google though since Suzuki is also looking into working with other “specialists” in the digital marketing field.
Suzuki is not stupid, fast recognizing that it has to respond to an eternally changing digital media world. Thus it understands the need to bring in specialist help, said the company’s marketing chief general manager, Shashank Srivastava.

Suzuki has thus already been working closely with Google on “search engine optimization and online reputation management initiatives,” which basically means Google is assisting the auto company in traffic keyword tracking. This enables Suzuki to thereafter respond as needed. For example if there has been a media posting (on say Facebook or Twitter) regarding the company’s services, it will be alerted and given an immediate opportunity to respond.

In general Maruti Suzuki has been surging forth in its marketing effort. Indeed the budget allocated to its promotion, doubled this year. It has “created social networking profiles of all its products,” with its prime hits being A-Star and Ritz since they attract the younger customers as well as netting in the most Facebook fans.

Suzuki Sells on its Own

The argument could also be made however, that the company’s cars speak for themselves. The new Suzuki Swift is even better than the one it replaced if that was possible since you probably would be hard pressed to find any complaints on that one. It is a great price and is truly able to “offer something that stands out from the comparatively bland and boring cookie-cutter crowd.” It boasts additional windscreen rake, a cool new front bumper, better angular headlights and some brand new tail light clusters.

Still, as the saying goes, you can never be too rich or too thin. Perhaps in today’s Facebook and Twitter world, you can never have too much SEO work on your product or service either.