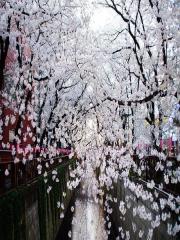 There is some good news for the cherry industry. Apparently, with just a little bit of tweaking in the industry’s marketing direction in the North American region, cherries could be quite the profiteers. Indeed, if you just take a look at what’s been going on in Tasmania with the fruit that makes ice-cream oh so much tastier, you’ll see just how popular it is, boasting a staggering $70m per annum, which is way higher than apples and other stone fruits put together! According to Fruit Growers Tasmania Lucy Gregg, the edge the Tasmanian cherry market has could also be due to the region’s climate and limited fruit fly. She added, “we would like further financial commitment to quarantine and biosecurity that’s very important because it can potentially threaten future investment because it is seen as one of our major advantages.”

This is why there has been a move to encourage cherry farmers to up their marketing techniques. For example, David Green, a cherry farmer from Canada, pointed out how he made some recent changes with the packaging of his fruit. He also put the orchard’s name on the label as he believes this is “what North American retailers and consumers want.”

By doing this, the cherry farm is able to “brand [their] product,” while putting their name out there. By doing this, the hope is that the buyer will “remember the brand” and keep coming back for the same one. In addition, this will encourage people to purchase goods locally as it makes things easier. At the end of the day, a lot of people really would prefer to buy locally. They like to connect their eating to their country so if you market a cherry that comes from where the person lives, there is a greater chance that they will connect to it, and then buy it. On the other hand, if it is not obvious from where the cherry hails, then the consumer won’t feel the tug of loyalty to purchase the same one again. That’s why Green’s point makes sense, that packaging the cherry with its location makes clever marketing sense.