Symantec Corporation, a company that provides computer security solutions to companies and consumers, issued a 28-page report on Tuesday saying they had discovered a group of highly sophisticated hackers based in China.

These hackers, who hire out their cyber espionage services, have been dubbed “Hidden Lynx” by the US-based computer security company, and are one of the most technically advanced of dozens of such groups operating out of China.

Symantec however did not accuse the government of China of having any connection to these illegal groups, as some other computer security companies have done. They do believe, however, the Hidden Lynx is a “professional organization” employing about 50 to 100 people with a wide base of skill sets which are necessary to pass through networks and steal information such as valuable corporate secrets.

Symantec said that its researchers believed that Hidden Lynx could have been involved in the famous Operation Aurora attacks in 2009. Operation Aurora is the most well-known of cyber espionage attacks so far revealed against US-based companies.

Operation Aurora involved dozens of companies, including such giants as Google and Adobe Systems. In 2010 Google revealed the attacks in which hackers attempted to read Gmail correspondences from human rights groups and activists. They also tried to get into and change source code at targeted companies.

The report explained that Hidden Lynx is a “highly efficient team” which can run several operations simultaneously. They target specific organizations and companies across a wide spectrum of industries. This description suggests that they are often hired by third party clients who are looking for certain pieces of information. 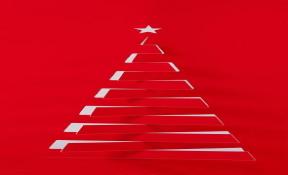 The most popular industry targeted by these hackers is the financial sector, making up about a fourth of all victims since November 2011. Symantec did not identify specific targets but they did say that they included companies that had information on pending merger and acquisition activity. Information like this could be quite useful to Hidden Lynx clients when negotiating takeovers or trading shares.