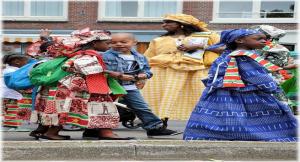 ent grew. The deadline to approve a budget is this Monday night, September 30, at midnight. As bad as not passing a budget would be, a far worse scenario is what is really worrying people; the possibility that the stalled Congress will not pass a bill to raise the nation’s ceiling on borrowing.

If the budget does not pass, forcing the government into a partial shutdown for the first time in 17 years, the prospect of government default on its loans will become a real possibility, sending fear into the hearts of investors.

The tension caused by the fight over the budget and the debt ceiling is easy to understand: US credit is the basic foundation that all other investment stands upon, mainly because there is an assumption that the country will always pay its debts.

“The concern is government has become so polarized that if it cannot pass (a budget), there’s a greater chance that the debt ceiling battle will go to the brink or possibly lead to a default,” said Alec Young, global equity strategist with S&P Capital IQ.