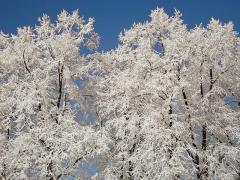 The truth is, a marketing gimmick like that can really only be done once. And that time it was done right. One cannot possibly try to duplicate the famous – or even infamous – Hollywood sign. And that may just be one reason why there has been so much controversy surrounding the Wellywood sign. It has been said that it is “tacky, try-hard and unoriginal.” Rob Aitken, marketing lecturer at Otago University, however, claimed, “there’s always a risk of being tacky. There's a difference between a brand and others that are just a representation.” He believes the sign is “an example of a strong brand.”

In addition, there’s always the idea that even bad publicity is good publicity. Just because people are making fun of it, does not render it tacky. More likely, Aitken believes, the jokey side “says something about Wellington’s sense of humor.” Nonetheless, Hutt South MP Mr. Mallard criticized it for being “try-had and stupid.” The MP was shocked that it had gotten approval “after so much controversy.” Wellywood isn’t even the city’s real name; it is a nickname for Wellington, a city situated in New Zealand.

On the other hand, in some areas the sign has been welcomed. One “marketing expert is claiming giant signs and gimmicky icons can help a town's reputation.” According to Aitken, it serves a “functional purpose,” just like logos are meant to. If that’s the case, then what is the function? They “make people feel good about where they live, like they belong.” Rather than listen to conflicting opinions, check it out yourself and make your own decision.

According to Justin Watson, GM for Marketing at Tourism New Zealand, such an “identifiable landmark” as this, could actually be very helpful in the city’s marketing. He claimed that, “for many regions in New Zealand, innovative icons such as buildings, sculptures, signs and natural features help showcase what is unique about the town or city to international visitors.” There are many different marketing methods and these have to be analyzed and incorporated correctly if one wants to “attract people to particular regions.” Sometimes, it’s an “identifiable landmark” as part of a marketing technique, that can really do the trick.