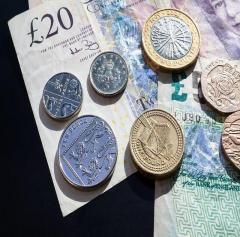 Due to the enormous success of Groupon, the company is increasing its employee count to an additional 150 a month, all of whom, are meant to be based at company headquarters. The problem is however, since this is now completely full to over-capacity, Groupon will be moving its training to a church as it has simply run out of room. Groupon is based in Chicago and in just a year and a half has grown in huge proportions. Groupon subscribers now stand at 85 million, from a mere two million less than two years ago.

It is not just Groupon however, that is raking in the subscribers. Deal-a-day has much of which to be proud too. It is a similar idea to Groupon and has also been successfully raking in the crowds. Indeed, the company is encountering a similar problem to its Groupon competitor, with major office overcrowding issues.

There can be a thing as getting too much of a good thing however. At LivingSocial, perhaps there’s been a bit too much social living. Workers at the company have been pushed into the corridors after just two months of being there as there is simply no other room for them. The company also has what to be proud of vis-à-vis the growth in its subscribers from 120,000 to 28 million.

Why are these companies doing so well, and so many of them? According to Greg Sterling, an analyst from Opus Research, the reason is because they are good for “both merchants and consumers without requiring tech savvy from the former.” Combined, such sites are predicted to generate approximately $2.7b revenue this year which is “more than double” from last year. And, according to VP at BIA/Kelsey Mark Fratrik, this growth is set to continue in the foreseeable future, reaching $4b by 2015. These statistics render this market a faster growth pace than any other e-commerce.

It’s not all good news though for the market. Apparently, while things are bad, things are good for the daily deal markets. But as soon as the economy starts to witness a real recovery, it looks like there will be a plummeting of “traffic to daily-deal sites.” Consumers will be less concerned about finding a bargain when they have more money in their pockets. Right now, it doesn’t look like these companies need to start worrying just yet though. According to ComScore, LivingSocial is listed as one of the “10 fastest-growing websites.” Other bad news is that there are some merchants who get burned. To make it a real success, businesses working with a company like Groupon “hopes shoppers will spend more than the coupon’s face amount.” But small businesses are finding it a great way to “hook new customers in the digital age.” It’s a perfect advertising technique with the right price tag. There are always two sides to every story. But overall it seems this market is a very popular one, and it’s here to stay.