Despite Trump’s declared dislike for the latest stimulus package passed by the US Congress, he signed anyway, to the rejoicing of legislators, citizens, and the stock market.

The newest bill authorizes $900 billion in aid to deal with the devastating effects to individuals, families, and the economy of the coronavirus pandemic. Included in the deal is a $600 check for every adult, expanded unemployment benefits, and more money for the Paycheck Protection Program which helps small businesses to retain their employees and stay afloat.

President Trump originally threatened to not sign the bill, saying that the payment should be $2,000 and not $600. He relented and the process of getting the desperately needed money out to the population hard hit by the pandemic is underway.

In other, related news, the latest COVID-19 vaccine, from AstraZeneca, is about to get emergency use authorization in the UK, with the hope that the vaccine will begin deployment the first week in January 2021.

The company said that, like the Pfizer and Moderna vaccines, which are already circulating in many countries, the AstraZeneca vaccine has an efficacy rate of 95%.

The major indicators did not falter the day after President Trump announced he was raising the threatened tariffs on China from 10% to 25% on $200 billion worth of products. The NASDAQ composite, the Dow Jones Industrial Average and the S&P 500 were all higher by a bit following the announcement.

The consensus among analysts is that US business will survive the latest signs of a coming trade war as well as they have previous similar threats from the president and from reactions from abroad.

“The economy generally is so strong that, despite the challenges of the potential trade war, the strength of the economy is more than offsetting that. Corporations have posted record profits this quarter that we haven’t seen in over a decade.”

There have been warnings, however, from companies such as Coca Cola, General Motors, Caterpillar, Ford and Harley Davidson that the tariffs of 25% already imposed on steel and 10% on aluminum; and previous tariffs on $34 billion of Chinese goods, will have negative consequences on 2018 earnings, and further into the future. Retaliatory tariffs have already been imposed by China and US allies like the European Union, Mexico and Canada. There are also many smaller businesses that have suffered from the tariff policy.

Not everyone is suffering. Many companies have seen higher profits during Q2. Apple’s sales in China flew to 19 percent from March to June. Caesars Entertainment Corp showed an 89.3% increase in profits to $282 million. And even though Caterpillar predicted higher prices, the company’s net income rose 112% during Q2 to $1.7 billion.

These data points are not indicative of anything, since the tariffs will not be imposed until September at the earliest, and their effect will not be manifest until months later. US Business is still fearful of what tariffs will do to their bottom lines:

“We said before that this round of tariffs amounted to doubling down on the recklessness of imposing trade policy that will hurt U.S. families and workers more than they will hurt China. Increasing the size of the tariffs is merely increasing the harm that will be done,” National Retail Federation CEO Matthew Shay said in a statement. “Quite simply, there has been no better example of cutting off one’s nose in order to spite the face.”

kind the Trump administration is threatening to impose, could “lead to a smaller GM, a reduced presence at home and abroad for this iconic American Company, and risk is less-not more- U.S. jobs.” GM is the country’s largest automaker.

Back in May the Trump administration started an investigation to see if imported vehicles are a threat to U.S. national security. President Trump as many times stated that he would be happy to place a 20 percent import tariff on vehicles.

GM produces some of its cars overseas now for the U.S. market, including in Canada and Mexico. GM warned that tariffs could dampen sales and raise prices. Even if the company decided not to pass on their higher costs to consumers, this “could still lead to less investment, fewer jobs and lower wages for our employees. The carry-on effect of less investment and a smaller workforce could delay breakthrough technologies,” GM said.

The company employees about 110,000 people throughout the United States in 47 manufacturing plants. It purchases tens of billions of dollars’ worth of car parts from US suppliers annually. They have invested more than $22 billion in US manufacturing infrastructure since 2009.

The overbroad and steep application of import tariffs on our trading partners risks isolating U.S. businesses like GM from the global market that helps to preserve and grow our strength here at home,” GM said.

Also filing comments in opposition to the Tariffs was Toyota Motor Corp. They said that tariffs would, “threaten U.S. manufacturing, jobs, exports, and economic prosperity.” 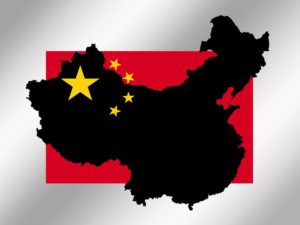 Giant conglomerate, China Poly Group Corp, announced that it is continuing to look for trade and investment opportunities in the US, hopeful that the two countries will successfully overcome their differences over trade through talks and consultation.

The Poly Group is focused on investments in the US residential market and the cultural sector.

Chairman of the Group, Xu Niansha, said that investments in the US are an integral component of the company’s business strategy. His words were prompted by the high-profile visit of the US President Donald Trump, with a delegation of top US business executives to China.

Xu added that the president’s visit will allow the two countries to strengthen their commitment to each other and help to resolve any misunderstandings between the countries.

“China and US trade cooperation is essential for bilateral relations and hence mutually beneficial. We hope the two countries will continue on a path of cooperation considering China and the US are now each other’s major trading partner,” Xi said.

President and Chief Legal Officer of Microsoft, Brad Smith, wrote an open letter to President Donald Trump asking for a formal exemption process for employees effected by Trump’s executive order travel ban. Microsoft would like to see exemptions upheld for all “responsible known travelers with pressing needs.” The idea would be proposed and sponsored by a US company or university. The proposal would allow anyone from the seven countries in question who have valid visas to travel safely outside the US without fear of having their return re-entry denied, on the understanding that they will travel for amounts of time less than two weeks, either for business or family reasons.

Smith stated that Microsoft does not consider this request a “fix” for the executive order, which it considers “misguided and a fundamental step backwards.” Rather, it is just an immediate solution to help foreign employees, who have been left stranded outside the US where they live and work; and those who are afraid to leave because they are worried they won’t be allowed to return.

Microsoft explained that they have 76 employees with 41 dependents, who are affected directly by the ban. Some of them have been unable to return to their children or visit sick relatives abroad.

Since the executive order has come under a maelstrom of criticism the Trump administration has eased up slightly on the terms of the order, allowing legal permanent residents an exemption from the ban. However, people on temporary visas are not exempt. Microsoft says its proposal does not change the terms of the order, it only asks that each case be judged on its own merits, granting exemptions under certain conditions.

“Immigration authorities already have a wide range of personal information about individuals in the visa categories that we have proposed,” writes Smith. “Many of these individuals also fill critical roles in the organizations that employ them, whether they are doctors, scientists, engineers, medical technicians, software developers, or any number of other highly skilled professionals. They are deeply valued contributors to the innovation, research and business acumen of our nation, and they serve critical roles in the successful operations of US companies.”