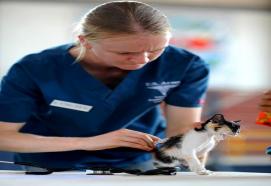 In order to satisfy the needs of religious institutions that balked at the prospect of having to pay for birth control for their employees under the new Obama health care law, the Obama administration came up with a compromise proposal in which health insurance companies would foot the bill for the free service.

Free Birth Control For All

According to Obama’s 2010 healthcare law, birth control must be made available to workers for free. Houses of worship are exempt from this particular aspect of the law, but the coverage is required to be made available to all employees of religiously affiliated institutions such as hospitals and universities.

Although the cost of birth control is minimal and footing the bill for this service is not expected to hurt insurance companies in any meaningful way, there is still a question of the principle involved in forcing them to pay for something that there is no easy way to recoup the expense.

“We are concerned about the precedent this proposed rule would set,” said Robert Zirkelbach, spokesman for America’s Health Insurance Plans, the industry’s trade group. “As we learn more about how this rule would be operationalized, we will provide comments through the regulatory process.”

Cost Shared in Past

The new law, however, does not permit health insurers to raise premiums, charge co-payments or deductibles to help cover the cost of contraceptives.

Thomas Carroll, an analyst who covers health insurance companies for Stifel Nicolaus, said that, “in the grand scheme of things, it doesn’t seem like a material cost to be added to the managed care company or the employer. Any services that are mandated are ultimately covered in the premium, either to the specific group or to the system in general.”

The Obama administration asserted that any extra expense they may have due to offering free birth control care will be made up with the savings they will have from not having to deal with unintended pregnancies.

Insurance industry critc Wendell Potter concurred. “Providing contraception, even for free is cost-effective for insurers so I don’t think they’ll balk,” he said, adding it could even save them money in the long run. It may add a little administrative complexity to what they do, but they can deal with it.”