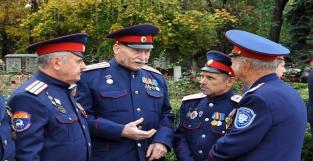 Vice President Joseph Biden announced this past Tuesday that because of lack of demand, the production of the $1 presidential coin would be terminated, and it will be taken out of circulation.

Demand for the coin is so bad, that right at this moment there are 1.4 billion surplus $1 presidential coins wasting away in Federal Reserve vaults. In addition the government states that taxpayers could save about $50 million annually in both storage and production costs by halting their creation.

The alternative plan which will go into effect will be for the US Mint to produce the coins only in limited quantities. Those coins “will be sold at a premium to collectors, so it will ensure that the coins will not be produced at a cost to taxpayers,” said Treasury spokesman Matt Anderson.

No Need for More Coins

Up until the announcement on Tuesday the US Mint was ready to produce another 1.6 billion additional $1 presidential coins until 2016. This is despite the fact that there already exist 1.4 billion of these coins in surplus, which is more than enough to meet the demand for the next ten years and beyond, said Anderson.

The presidential coins came about through a piece of legislation known as the Presidential $1 Coin Act of 2005 whose goal was “to revitalize the design of United States coins and return circulating coinage to its position as an object of aesthetic beauty in its own right.”

The US Mint then began producing the new $1 coins, each one depicting a past and deceased US president. The program was inaugurated with the production of 70 to 80 million coins for each one of four presidents chosen each year.

But the program was not a big hit. Over 40% of the coins were returned to the Federal Reserve “because nobody wants to use them,” according to the Treasury.

“As will shock you all, calls for Chester A. Arthur coins are not big,” said Biden, referring to the 21st president, who died in 1886. “I’m not commenting on his presidency, but it just is not very high.”