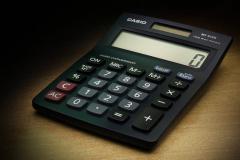 What was it about Eddie Stobart and his medium-sized haulage company that was so successful? At 56 years old, Eddie Stobart’s son (Edward Stobart) the man behind the Stobart Group (incorporating Stobart Rail, Stobart Ports, Stobart Air, Stobart Biomass, Stobart Ireland, Stobart Brand, etc.), passed away at University Hospital, Coventry, due to heart problems. But he sure did leave a huge legacy behind him. In fact, it has been said that Eddie Stobart was “a man responsible for one of the UK’s most idiosyncratic brands.” The father remains alive, in his eighties, but his son at 56, died suddenly.

What’s fascinating about the Stobart empire is that it was basically “offering the same product as its competitors” but totally sky-rocketed past any of them, becoming “a much-revered British institution.” Thus for companies looking for top marketing expertise and business success, the Stobart empire has to be the place from where to take lessons.

The Stobart haulage company basically began in the 1950s as an agricultural business, became a haulage company in 1976 (Eddie Stobart Ltd.). Around 20 years later “the brand was known throughout the land.” Big-known companies associated with Stobart include: Coca-Cola, Johnson & Johnson, Nestle, Proctor and Gamble and Tesco. It thus might not be such a big surprise that Stobart has around 25,000 members in its fan club.

Whenever you were on any motorway journey throughout the whole of Europe, you would probably catch a glimpse of a Stobart truck; they really became household names of such. Today, the company is run by Eddie’s brother William Stobart who “continues the family involvement in his role as chief operating officer of the Stobart Group.” One of the things that made the company stand out perhaps was the fact that rather than the name truck drivers had accrued for themselves over the years of being somewhat sloppy and unkempt, the Stobart drivers were very smartly dressed. That for sure made them stand out.

So for those wanting to take their companies from average to something top notch by Stobart, one way to do this is by standing out from the rest. Do something different. Get yourself known for being the company that does it right; that does it better; that really takes pride in its work. That attitude sure did work for Stobart.