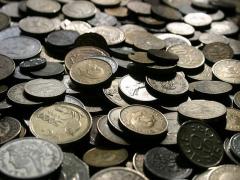 Warren Buffett still believes the USA has a AAA rating. “If anything, it may change my opinion on S&P,” Buffet said. Yet, despite the great respect many in the investment arena gives to Buffett, he may be a little influenced.  Buffett happens to be a big shareholder in Moody’s, the rating agency that did not downgrade the US debt.

Warren Buffett is so confident that the US will dig itself out of its debt driven economic mess that he still has a most of his money in T-Bills. “I wouldn’t dream of putting it anywhere else,” he affirms. Yet, despite Buffett’s legendary status, analysts like Nouriel Roubini and Peter Schiff who correctly predicted the crash of 2008-2009 don’t see the USA climbing out of this mess any time soon.

Nouriel Roubini wrote the following in the Financial Times:

“America’s recent data have been lousy: there has been little job creation, weak growth and flat consumption and manufacturing production. Housing remains depressed. Consumer, business and investor confidence has been falling, and will now fall further.”

At the end of the day the facts are the facts and more and more investors are believing that the US and most of the world is entering another recession, one with long standing implications.

Peter Schiff of Euro Pacific with a dose of reality. We couldn’t have said it better ourselves: