At 78 years old Joe Biden is the oldest president-elect in US history—but that did not stop young people from voting for him in droves. More than half of registered voters under 30 voted in the 2020 election, the largest percentage ever says the Center for Information and Research on Civic Learning and Engagement at Tufts University.

That historic engagement of the young, benefited Biden, since he received 60% of their votes, compared to only 36% that the incumbent, Donald Trump received. In contrast, the previous presidential election in 2016 only inspired 42%-44% of this demographic to vote for either Hillary Clinton or Trump. Four years ago, many of the same voters supported Clinton, but by a smaller spread of only 19 points: 55% to 36%.

In Colorado, Georgia, Montana, Nevada, Oregon, and Washington preliminary data are showing a large increase in youth coming to the polls to vote.

Chief Executive Officer Tom Bonier at the Democratic data firm TargetSmart, explained to The Hill that “the increase in turnout among younger voters was greater than the increase overall.”
The Biden campaign was well-aware that support for Clinton in 2016 waned in many large population centers, so they worked hard to showcase issues that are important to younger voters. Some of those issues include student debt, health care, and environmental regulations.

“In the key battlegrounds, those younger voters likely netted Biden enough votes to carry the Electoral College,” according to The Hill. “Based on turnout and exit poll data, the Tufts center estimates voters under 30 gave Biden enough net votes to carry Arizona, Georgia, Pennsylvania, and Michigan.”

Young Black voters were especially supportive of Biden, with 87% voting for Biden and only 10% supporting Trump. Almost as dedicated to Biden were young voters from Asian and Hispanic backgrounds with 83% of young Asians and 73% of young Hispanics voting for Biden. Among young white voters, the support was less pronounced, with 51% supporting Biden at the polls.

The joy experienced by global and US business after US President Donald Trump’s 2017 corporate tax break has turned into fear due to his isolationist trade policies, at least according to Fidelity International analysts.

The new study shows that “almost half of all analysts globally say Trump’s policies will be a drag on their sector.” Compare this sentiment to just last year when the same Fidelity analysts reported broad optimism about US leadership and policies.

This year Fidelity says that “most significant is the shift among analysts covering North American companies, whose watchful optimism has entirely evaporated.”

Fidelity’s research is based on 16,000 interviews with chief executives and chief financial officers conducted by Fidelity International, the non-US affiliate of Fidelity Investments. Each year they ask 165 analysts what companies in the sector they cover are expecting for the up and coming year.

Most significant was the doubt Fidelity’s analysts had about Trump’s trade policies. Forty-five percent said the policies would be a burden on business, up from thirteen percent last year. Seventy percent of its China analysts predict that companies’ return on investment will go down in 2019. Only twenty-nine percent thought the same last year.

Global chief of research for fixed income for Fidelity said that “as expected, the impact of trade wars is a key issue amongst our analysts, which has brought a lot of uncertainty into the system.” 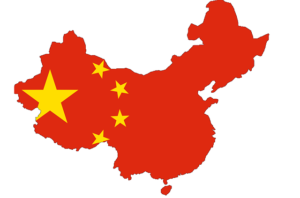 President Donald Trump announced that he will seek 25% tariffs on $200 billion of Chinese goods coming into the United States. The tariff was set to be 10%, but the White House is seeking to increase pressure on China to adhere to fairer trade policies.

On July 10 the administration said it would ask for 10% tariffs on thousands of Chinese products. Those imports include consumer goods such as furniture, dog food and baseball gloves to manufacturing materials like chemicals, steel and aluminum.

Before the tariffs can be imposed the proposal must wind through a period of public comment. The US Trade Commission has set the deadline for such comments to be filed by August 30 with hearings scheduled for August 20-23.

Back in July China accused the US of bullying and threatened to hit back with tariffs of its own. Investors are afraid that a full-blown trade war could slow down global growth. Many key US business groups have criticized harshly Trump’s tariff policy.

Saudi Crown Prince Mohammed Bin Salman has arrived in the United States to conduct a tour to strengthen not only business ties but also political ties with the US.

This is the Crown Prince’s second visit to the US. It begins with a stop at the White House for a meeting with US President Donald Trump. Trump has been working since his inauguration to strengthen the relationship between the two countries.“

Saudi Arabia was the first foreign country Trump visited after taking office, traveling to the kingdom in May and signing memorandums and agreements for defense spending that totaled about $110 billion,” according to Bloomberg.

The US and Saudi Arabia have been allies for 75 years, according to the Brookings Institute. During that time, they have worked “closely together” and have also at times been “estranged,” said Brookings.

Forbes said that the two leaders will most likely be discussing a reinstatement of sanctions against Iran; Saudi’s protracted war in Yemen; and the kingdom’s wish to buy at least one additional nuclear power plant and what role the US government will play in allowing a company like GE to construct it.“

Other issues that may come up would include the disagreement between Qatar on one hand and Saudi Arabia, the UAE and Egypt on the other as well as the U.S. decision to move the embassy to Jerusalem,” said Forbes.

Bloomberg also said that the Crown Prince will be meeting top executives to discuss business deals. He is on schedule to meet the heads of Apple Inc., Google, and:

Trump SoHo will be losing its designation as a Trump hotel as the Trump Organization withdraws its name-licensing deal from the former Trump signature destination in lower Manhattan.

Donald Trump announced his plan to build Trump SoHo from his position as host of The Apprentice reality television show, to much excited anticipation. But even back in 2007 the project suffered. Wall Street lenders would not fund Trump projects anymore, due to his history of bankruptcies, so the money for the hotel came from a controversial source.

Bayrock Capital was a major sponsor, led by Felix Sater, who had been convicted of overseeing a “pump and dump” stock fraud scam which was connected to Russian criminals. Additional money for the hotel came from foreign sources, mostly from the former Soviet Union who were suspected of money laundering. No charges ever stuck.

After it opened in 2010, the hotel never did well. Managed by the Trump organization from the very beginning, the hotel never recovered from the economic crisis that began in 2008, which left the target population’s discretionary spending in tatters.

In 2014 the hotel was sold in a foreclosure auction to the CIM Group, which was one of its biggest lenders. After Trump’s election business was still stuck. Liberals have been boycotting everything and anything “Trump,” including the noted refusal of basketball legend LeBron James to stay at the hotel last year. This past summer the Koi Restaurant closed its doors at the bottom of the hotel noting that business plummeted after Trump’s election. “Before Trump won,” the restaurant told Money magazine, “we were doing great.”