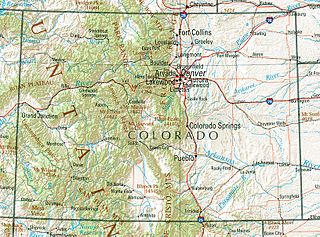 Every year US News & World Report assesses the 50 US states for a variety of characteristics such as health care, education, economy, opportunity, infrastructure, crime, fiscal stability and overall quality of life.

Several years have passed since the US fell into the worst recession since the Great Depression of the 1930s. From 2007 to 2009 unemployment climbed past 10% at its worst, with some states doing even more poorly. Now unemployment stands at about 5% nationwide, although the recovery is not experienced in every state equally. The US News & World Report survey shows some states have only 2% unemployment while there are other states with 7%.

Growth of the US economy, as measured by the gross domestic product, was 2.6% annualized in 4Q of 2017, below that of the previous quarter. This number is also lower than the annual average from 1947 through 2017. There are political leaders who would like to see GDP reach 4%.

The following states did the best in the rankings for 2017:

a Chevrolet variety called the Colorado. Both models will have a maximum towing power of 6,700 pounds (3,039 kilograms), the highest in its class. General Motors is unveiling their new trucks one day before the North American International Auto Show which is opening on Monday, January 13, in Detroit.

The Canyon enlarges the number of GM truck choices to be the largest number of pickups by any other US-based company. GM already has a heavy-duty truck on their line-up; the new models are meant to compete with Toyota’s Tacoma, a large truck. GM has not yet released the price of their new models, but in general full-size trucks are priced about 46% higher than their midsize counterparts.

“Not everyone needs full-size capability, but they also deserve strength and true truck attributes that come in larger models,” Tony DiSalle, vice president of GMC marketing, said. “The Canyon will offer all the capability with confidence and GMC’s signature refinement that complements active lifestyles.”

The day of legalized marijuana is finally arriving in Colorado this January 1st to the extreme delight of those on both sides of the business transaction.

Happy prospective purchasers of pot are expected to line up, and even camp out, outside shops which will be open for business as early as 8am selling their marijuana wares. Some shop owners, like Toni Fox, owner of 3D Cannibis Center in Denver, will be putting up canopy tents, heaters and a food truck with donuts and cakes to keep the waiting patrons warm and fed.

Fox has been selling medical marijuana since 2010, bringing in about $30,000 a month as a dispensary. Under the liberalized law she expects sales to explode to a minimum of $250,000 per month, giving her a natural high which smoking dope would be hard-pressed to match.

“We’ll have people out the door,” Fox, 42, a Salida resident, said. “It’s going to be a very festive atmosphere. We all feel like we’re walking on sunshine right now.”

Colorado is the first state in the nation to sell marijuana with no strings attached other than having the money to pay for the dope and being at least 21 years old. Washington will be joining Colorado as the second state to legalize marijuana use and sales, starting around June.

Colorado is gearing up to make the switch from merely allowing the use of marijuana for only medical applications to allowing the mild intoxicant for purchase for recreational use. As of January 1st stores will be able to legally sell marijuana to anyone older than 21. Only stores already selling medical marijuana and who are “in good standing” will be eligible to apply for a retail sale business license to sell marijuana.

The application process was initiated as of October 1, 2013, and Annie’s, a shop in the Colorado mountain town of Central City, has the honor of being the country’s first store awarded a retail license to sell cannabis.

“This is a historic occasion, and at each milestone I am reminded of what we have achieved here,” said Major Neill Franklin.

Franklin is a former police officer and is now the head of Law Enforcement Against Prohibition. LEAP is an organization of law enforcement agents against the war on drugs.

“For the first time in history, those who sell marijuana are receiving licenses from the state instead of rap sheets,” said Mason Tvert, who co-lead the campaign to legalize pot in Colorado last year.

Erin Phillips, the dispensary representative at Annie’s, part of a local chain of eight stores called Strainwise, was excited to receive the new license.

“It’s the same old bureaucratic piece of paper,” said Phillips of the license. “But we might put it in a fancy frame.”

It should be a very happy New Year for Coloradoans.