There were two important advances in battery technology that could have an influence in the business world in the near future. The first one was presented by QuantumScape, a start-up backed by Volkswagen and Bill Gates. They announced that “solid-state” batteries that are created for electric vehicles, will be more efficient than batteries that have been made previously. These batteries are better in all the important ways: they hold more power, they will charge faster, and will last longer.

The second breakthrough in battery technology comes from a team of researchers at the University of California, San Diego together with California-based company zPower, and involves a rechargeable battery that is flexible and made of silver oxide-zinc. The new battery is five to ten times greater energy density than what is considered state of the art now. It is also easier to make. Most flexible batteries today need to be manufactured under strictly sterile conditions, in a vacuum. This new battery can be screen printed under normal laboratory conditions. It can be used in electronics requiring flexibility and also for wearables like soft robotics.

Any business that uses electricity should be interested in the advancement of battery technologies. It is expected that batteries will be one of the fastest trending products in the coming decades. Businesses will benefit from the science-driven improvements which will solve the problems of storing and using energy for a huge variety of products from cars to wearable robotics, machinery to phones. The age-old problem of finding and harnessing power is coming closer to its ultimate solution, allowing businesses to run with less interference, more reliability, and more flexibility.

An indication of the displeasure stockholders have had with Microsoft Chief Executive Steve Ballmer is the fact that upon the announcement that he will soon be leaving Microsoft’s stock price rose more than 8 percent. When investors calmed down a bit from the happy news the stock did return to a more reasonable level.

Celebrating Ballmer’s departure are critics who point out that he placed the future of Microsoft in the hands of the wrong products, fell behind in the race to the switch to mobile computing, was not really up to the task of choosing good design options, and, to top all these mistakes, is also a poor public speaker.

Microsoft has not yet picked Ballmer’s successor. Recent reorganization at Microsoft did not make it a priority to establish a natural process for succession. Therefore for the next 12 months Ballmer will stay put while John Thompson, the company’s leading independent director, heads up the search committee.

Bill Gates is also on the search committee, so be prepared for his name to be floated as a possible replacement for Ballmer, but this option seems unlikely. More probable is one of the following candidates:

Tony Bates: Executive at Skype, this past summer he also managed business development for Microsoft. He was at Cisco Systems for a while.

Julie Larson-Green: She was once considered Ballmer’s natural successor. Microsoft’s reorganization placed Green at the top of MS’s devices division.

Qi Lu: Veteran of Yahoo search, Lu also worked on Bing for MS and came out as another winner in the MS makeover this summer. He is now the head of apps and services.

In case you have been feeling bad about Ballmer losing his job, his 333 million shares in Microsoft should help him ease his transition. 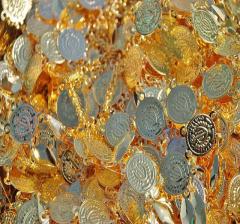 When looking at the world of online advertising, it seems it’s out with the old and in with the new. According to an article in Forbes, it’s Facebook that is now in the lead, rendering Microsoft somewhat a thing of the past. Out of the $31.3bn marketing, a staggering two-thirds is now taken up by: Google, Yahoo, AOL, Facebook and Microsoft, but it is Facebook that’s really in the lead, putting Microsoft on a lower rung of the lander.

Look No Further Than Google

When it comes to website searching, it is clear that Google is the name, enjoying three-quarters of the entire market, and, according to eMarketer research, claiming 40.8 percent “all ad dollars spent in the US.

But of course, when looking at the real big money earners, it’s Facebook again, still increasing its profits, “substantially faster than Microsoft.” Over 600 million people are now using Facebook and while in 2009 it had 2.4 percent share in the market, by the end of this year that figure is set to rise to 7 percent, rendering it “the third largest ad-selling company in the US.”

But it’s not all doom and gloom for Microsoft which has definitely been responding to market changes, having “revamped its online strategy with Bing and a partnership with Yahoo!” The company now enjoys a good search position too. Its revenue growth has been pretty consistent too, “up 18.3% in 2009, 22.9% in 2010, and expected to surge 38.9% this year and 48% next year.” According to a principal analyst at eMarketer, David Hallerman this is due to Bing’s overall capacity to “deliver relevant results to searchers, as well as the company’s marketing of Bing to encourage more usage.” As well, Hallerman noted that Google is kept “on top” due to the “network effect.” In layman’s terms this means that the more people who use the search engine, the more advertisers it gets “which in turn can attract more users and so on.” Still, despite Google’s continuing success, this should not take away from Microsoft which is “gaining both search query and market share.” Ultimately, the four largest search engines have claimed a staggering 93.6 percent of the entire $14.38bn market. 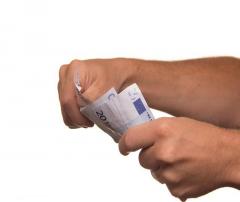 While Microsoft just hit the 10,000 apps milestone with their Windows Phone 7 Marketplace quicker than any other competing store, it might not yet be quite time to celebrate.  Apple took 4.7 months to hit this number while Microsoft only took 4.5 month.  This has to be good news.

But perhaps it might be a little too soon for Microsoft to be celebrating.  The company made a possible recent mistake with the mixed response it received from the marketing tweet it put  out following Japan’s tsunami in an effort to raise funds for the country’s victims.  The idea was that followers would “retweet a message, with every retweet meaning that an extra $1 would be donated by Microsoft, up to $100,000.”

Gates Needn’t Break Out the Champagne Yet

So even though this week did see some good news for Microsoft, it has to be taken in perspective.   Even with its fast milestone achievement, other markets still have way more apps (Android at 200,000 and Apple at 300,000).  But still, good news is good news and there is cause for recognition of their milestone.  As long as Microsoft is careful with its marketing, the products should be able to speak for themselves and any charity the company chooses to give to might not want to use the events from Japan as part of the package. The message for Mr. Gates is thus clear:  let your products do the marketing for themselves.