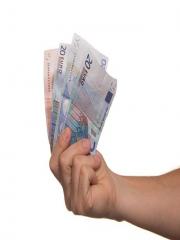 Pringles – the yummy crunch savory snack – has been sold to Diamond Foods for a staggering $2.35 bn. Diamond is already pretty hot stuff in the snack business though, with ownership of the Kettle chips brand, Diamond of California and Emerald nuts brands and microwave popcorn brand Pop Secret.

Previous owner Procter & Gamble (P&G) will be waving bye-bye to the tasty chip that has literally made it millions and will be moving into its main business areas – beauty, household care, health, well-being – and out of the food industry. Now it looks like it will be doing the same for Diamond, since it is set to “triple” the size of its business and lead to a revenue of around $2.4bn, with an average earning of $410m.

Even though Pringles have gone Diamond, there is still some good news for P&G shareholders who will be the beneficiary of a “one-time earnings increase [for the company] of approximately $1.5bn or $0.50 per share.” Having any part of P&G has been proven to be profitable in the past and this isn’t likely to change in the future, even with the sale.

Of course, those connected to Diamond Foods will also be pretty pleased with the deal. According to the company’s chairman, president and CEO, Michael J. Mendes: “Pringles is an iconic, billion dollar snack brand with significant global manufacturing and supply chain infrastructure. Our plan is to build upon the brand equity Pringles has established in over 140 countries.”

In addition, since snacking is a known business for the food company already, Diamond Foods will be more than capable of further increasing profits for Pringles. As analyst Timothy Ramey quite simply noted, “they’re a snack company. They can breathe new life into the brand.”

Although at the end of the day, not all that much work is going to be required vis-à-vis marketing this already very successful snack. Pringles were originally named after a street in Ohio some 43 years ago, and is still accruing the popularity of the very young market. But perhaps if Diamond Foods want to really go for gold, it should look into how better to promote the palatable Pringle further in the United States where it could use a peak in its promotion. According to Mintel International Ltd. analyst Marcia Mogelonsky, the Pringle needs a bit of a push in America, where it only sold $288 million (outside of Walmart and convenience stores) against Frito-Lay’s $2.1 billion figure.
So there is work to be done. The food company purchasing the piquant Pringle is undoubtedly getting a diamond deal but it could still use a bit of an extra crunch in its US marketing.