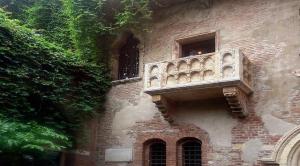 According to the November Jobs Report, the US economy is looking good.  There has been a reported decrease in unemployment figures, with the economy up 2.1 million jobs in 2013, being the third consecutive year the economy has added 2 million jobs.  Still, this is just part of the picture. Indeed, irrespective of December figures, 2013 will still probably be the best year for hiring since the 2.5 million gain eight years ago.

In addition, the underemployment rate has improved, dropping from 14.4 percent last year to 13.2 percent today. However, even though this figure looks good for now, it’s not so great in the bigger picture considering it would have been a devastating number before the recession began.

Average weekly wages have increased slightly for November but analyzing that figure leads one to realize that it is because there has been an increase in hours worked with a slight escalation on the hourly wage.  Still, during 2013, weekly wages went up 2.3 percent.  As well, this has to be taken against inflation and since lower gas prices have rendered overall prices to a mere 1 percent yearly increase thorough October, this is significant.  If the US was on top of inflation, more hiring and additional business revenue is likely to occur.

And of course, this all has a positive impact on the stock market that increased by over a percentage following the November jobs report.  Traders used the figures to believe that there was a prospect of increased employment and economic growth which would negate the chance that the Federal Reserve would ease back on its stimulus efforts. Most feel however that officials from the fed want more consistency to the data before they begin tapering which will probably happen in the beginning of 2014.

Still, there is an air of caution.  Since the end of the recession and throughout this recovery, there have been quite a few false hopes, like in early 2011 and early 2012 when we witnessed encouraging monthly hiring gains which didn’t last. Indeed, according to chief economist for North America at BNP Paribas, Julia Coronado, “we still need more evidence that the economy is picking up momentum before we ring the victory bell.”

So there is good news for sure.  But it will pay to remember that we’ve been here before and the bubble has burst.  It would thus be advisable to wait a little before bringing out the champagne.