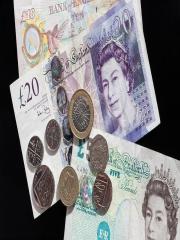 President of Henrico County-based Free Agents Marketing Ken Wayland, has had a thing or two to smile about over the last 16 months. For a start, revenue increased 37.9 percent in 2010 from 2009. Second, there are now 43 people working there (double from last year). Third, an office was opened in Hampton Roads. This simply spells success for the company in no uncertain terms.
But even when a company is successful financially, it’s always an extra joy to be recognized for this publicly. And that’s exactly what has happened to Ken Wayland also. Today he was honored as the 2011 Henrico County Business Leader of the year by the Greater Richmond Chamber. You get this award for being both “solid in business practices as well as community involvement.”

On being interviewed it seemed that Wayland just wanted to keep the matter simple. He stated, “I believe in hard work. Everything else takes care of itself.” So clearly the marketing guru knows there’s no such thing as a free lunch in the world of business and sales. The man has definitely spent his time working his way up. He first arrived in NYC to work in WRVA-AM sales and then some years later he branched out with various of his partners to launch Free Agents of which he is now the proprietor.

Free Agents Marketing works for clients ranging from non-profit to retail, specializing in a whole slew of marketing areas. One of its largest (and first) clients, was Bon Secours Virginia that it secured in 2001 and the two companies “grew together,” according to Wayland.

But it was more than just the company’s marketing expertise that made it the success it is today. According to Retail Merchants Association’s president and CEO Nancy Thomas, it was all about Wayland. He was extremely positive and had a strong drive and work ethic and it has been those features that have led to the agency’s success. As she says, “Ken is a can-do and will-do business man. He understands the dynamics of hiring really good people who are loyal to each other, to Free Agents Marketing’s clients and to the business community as a whole.”

It seems that the guy is still extremely modest. He attributes much of his success to lessons learned from his parents who passed away within 48 days of each a couple of years back. “”They will always be my mentors and role models and I attribute all of my successes and blessings to their influence.”

Perhaps Wayland’s success can teach others wanting to do well in business an important lesson: work hard, be positive and always be nice to everyone with whom you come into contact. Well, it sure worked for Wayland.