Analysts are expecting close to a 3.5% growth during the 4th quarter of 2011. After a lackluster 3rd quarter, this news is giving a happy feel to the holiday season.

Feds Will Ignore for Now 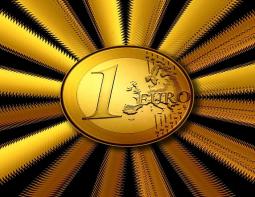 not be easing their monetary policy, at least in the immediate future.

There are still fears that not all will be well, especially considering the difficult situation in Europe which will hinder US economic growth and the fiscal burden here at home, it might not be feasible for the economic improvement to be able to sustain itself.

Adding to the optimism is the data about home sales for last month, which showed a rise of 4 percent, to a seasonally adjusted annual rate of 4.42 million sales. The number is lower than the 6 million sales economists believe is a number more consistent with a healthy housing market, but it is still an improvement. It is considerably ahead of the data from 2008, now recognized as the worst year for housing in 13 years.

The data is collected and analyzed by the National Association of Realtors, which has had to revise many of its numbers due to several factors, including “changes in the way the Census Bureau collects data, population shifts and some sales being counted twice.”

The NAR is a private trade group which helps economists take the pulse of the US housing market. They say that they had to revise down its sales from 2007 until this October by about 14%, from 24.8 million down to about 21.3 million.

John Ryding is an economist at RDQ Economics. He labeled the data revisions as “massive” and said that this is a perfect example of how economic data can often be unreliable.