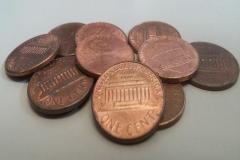 Hollywood Not Living Happily Ever After?

It’s not always a case of happy ever after, even for those in Hollywood. Although the industry is making tons of money still, it has been deeply criticized for its inability to market itself, according to Hollywood’s newly appointed chief lobbyist, Christopher Dodd. While it knows how to sell movies, it needs to work on self-marketing, he said.

It’s all about image; according to The Hollywood Reporter, it’s no good that Washington views Hollywood as “red carpets and tuxedos,” as opposed to the thriving industry it is.

Hollywood Getting A Bad Rep

And in other news in Hollywood, it seems Beyonce may be in need of a bit of therapy to discuss her familial woes. The artist has split with Music World Entertainment, owned by her father Mathew Knowles, but there is said to be no bitterness or resentment on the part of either daughter or dad. According to senior Knowles, “I love my daughter and am very proud of who she is and all that she has achieved. I look forward to her continued great success.”

What is more important to Mr. Knowles these days is the gospel/inspirational genre of music his company is now making investments in as well as new artists including Britan Courtney Wilson and Vanessa Bell Armstrong.

In Hollywood it’s often here today and gone tomorrow. That can be good for business in the fast-paced changing world but vis-à-vis it’s credibility nationwide, the industry might be well-advised to employ a good marketing company.