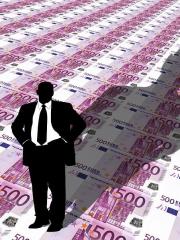 Pepsi may have just missed the marketing boat. On the marketing ladder, it just now dropped to the third run from its previous no. 2 position, having been hoisted out by Coke’s diet version. According to a recent article in AdAge, for the first time in 20 years, “PepsiCo ceded the soft-drink category’s two leading share positions to its legendary rival.”

But Pepsi won’t be taking this defeat lying down. As reported in another AdAge article, the company’s marketing executive picture is being shaken up a bit, with the addition of three positions and a replacement for its CMO-PepsiCo Beverages America position. But the question being asked is, is this the answer? Some suggest this restructuring is going to give Pepsi a more “global approach,” pumping up its worldwide market share. As well, it needs to work on its American market which, while it is there Pepsi has its biggest presence, it has “been losing ground.” Indeed just last year the beverage’s “share of the soft-drink market fell 0.4%, allowing Diet Coke to push past it as the second-biggest soft-drink brand in the U.S. Diet Pepsi saw its share tumble 0.3% last year, according to Beverage Digest.”

This situation – the competition between Coke and PepsiCo – is not new. Both companies are up against the same marketing challenges and it was the former that realized the importance of brand-building as a long-term strategy. According to one executive close to PepsiCo, that company on the other hand, seems to have “gone into a tailspin, trying to reverse its fortunes overnight at any cost.” The consequence of this was the loss of its “best people, continuity, and ultimately, its direction.” Even though Coke has definitely also encountered its fair share of challenges too (in the 1980s it was the New Coke debacle; 1990s, Belgium contamination scare; and 2000s, big time layoffs and CEOs revolving cast), it seems that it’s ultimately Coke Was, Is and Always Will Be, It.