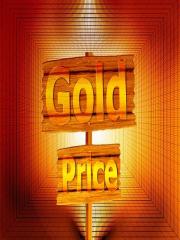 ‘Cos Coke Is It

Coca-Cola just made a TV commercial to mark its 125th anniversary. It was so good that it earned itself the UTalkMarketing’s People’s Choice award for this week. Next Sunday will actually be the date that the successful beverage company will be celebrating 125 years in the business.
The new commercial was first aired on April 18. It is very cute, taking its fans on a journey back through time with vintage images from Coca-Cola’s past, along with a song with the infamous phrase, “I’d like to teach the world to sing in perfect harmony.”

Of course, it won’t just be the commercial that will be marking this big anniversary for Coca-Cola. All those involved in the company will get to jump on the party bus too. There will be tons of events through which Coca-Cola will use to thank individuals who have helped it get where it is today. But it will be on May 8 (which was the Founders Day) that the company will be celebrating most since it was on that date in 1886 that the beverage was first on sale in Atlanta, GA.

As well as in America, Coca-Cola operates in 200 countries and there will be lots of celebrations as well as marketing campaigns. For example in the UK, there will be a new TV commercial, as well as “digital Retro Poster Maker and iconic graphics on-pack.” According to the company’s UK market activation director, Zoe Howorth, “Coca-Cola is a timeless icon that has been synonymous with happiness and is still as relevant today as it was when it first began in 1886. May 8th is a very special day as Coca-Cola, one of the world’s most favorite brands, is 125 years old and we want to take this chance to say thank you to our consumers, employees and partners for their continued loyalty.”

The new commercial that has been so successful was made by Wieden and Kennedy. When poll participants were asked, “which of the adverts [featured below] made you want to buy the product or service advertised?” 24 percent said Coca-Cola.
The question remains however, with all of Coca-Cola’s success, does it really need to be spending all this money on more commercials? Maybe not. But there is always the good chance that success breeds success and you need to spend money to make more money so why not?

Walkers Walking Away With aWards

It’s not just Coca-Cola that’s doing well on the UTalkMarketing front. Walkers Extra Crunch got the People’s Choice award in its commercial featuring Lionel Richie and Gary Linekar. Rather than singing his award-winning hit “Say You, Say Me,” he alters the lyrics slightly to read, “Share You, Share Me,” in an attempt to get Mr. Linekar to share his crisps.

The commercial was produced by AMV BBDO with the assistance of OMD for media planning and buying. It came first in the weekly poll held together with OMD Snapshots, receiving 21 percent of the vote on which product/service advertised one would purchase.

So all in all, Coca-Cola and Walkers – two already successful giants – are doing well with their latest marketing initiatives. Not that they needed the help. But it’s nice when one is successful to keep getting more successful and that’s exactly what the snack companies seem to have done.