Chiquita Brands International, the famous banana supplier, confirmed Tuesday that it will be moving its international headquarters to Charlotte, North Carolina from its present location of Cincinnati, Ohio.

Motivation for the move comes from Tuesday’s vote by the North Carolina state Economic Investment Committee to bestow on Chiquita an incentives deal which is worth more than $22 million. The proposal includes over $20 million in state-based incentives and an additional $2 million from the local government, both designed to help bring a minimum of 375 well-paying jobs to North Carolina by the year 2014.

“We had to compete and compete hard for this company,” Governor Beverly Perdue said at a news conference in Charlotte to announce the decision.

Members of the committee said that Chiquita’s move, which includes not just the 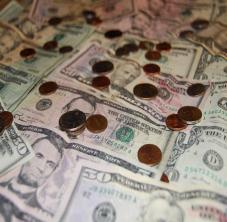 headquarters but also their research and development labs, will in the long run add about 417 jobs to the locale. The new jobs are expected to pay in the vicinity of $107,000.

North Carolina committee stated that the incentives were an important motivation for Chiquita to make their move, giving their state a large advantage over places such as Florida, Louisiana, and their present home state of Ohio. Chiquita CEO Fernando Aquirre added that another important factor in deciding in favor of the move to North Carolina is the excellent access to foreign flights at Charlotte Douglas International Airport, and the varied nature of those flights.

“Charlotte provided the most compelling economic opportunity for Chiquita by far,” Aquirre said at the news conference.

Chiquita’s headquarters has been in Cincinnati since 1987, but Aquirre explained that moving their home to Charlotte will save the company about $4 million annually in their operation costs.

“Times change, and the fact is, we needed to make decisions that would help our business not just for the short term, but also for the long term,” Aquirre said.

It is expected that the move will be completed by the end of 2012, but most employees will be in Charlotte by this coming summer.