In 2017 women reached an important milestone in the realm of medicine when they became the majority of students enrolled in US medical schools. This good news does not mean that people like Hedvig Hricak can sit back and relax. Now Professor Hricak is gearing up for the next struggle, to see more women in positions of authority in the healthcare professions.

Despite the fact that there are more female med students than male studying medicine today, the sad fact is that medical professorships and directorships are almost always filled by men. A lecture series organized by Professor Hedvig Hricak, which took place at the 2019 European Congress of Radiology, “Women in Focus,” dealt with exactly this issue.

Held in Vienna this year, the Congress is part of the annual meeting of the European Society of Radiology. Professor Hricak asked well-respected speakers to discuss the gender gap during “Women in Focus,” helping participants to understand the various dimensions of women taking on leadership roles in medicine.

‘Taking on a leadership position is always quite a decision,’ commented Professor Hricak. But this is true whether we are talking about a male or female in such a position. The question is why don’t we see women at the top? Although mentioned, physical and psychological differences were dismissed as the real culprit. Perhaps the problem lies in the female tendency to hesitate rather than to take the initiative?

Cally Palmer, National Cancer Director, one of the few women who does hold a high position as one of the leading executives at the British NHS, spoke at the Congress:

‘Resilience is essential, especially around fundamental principles,’ Palmer emphasized. ‘But, it’s just as important to know when you have to be flexible and to make concessions if you want to reach your goals.’

President of the Congress, Lorenzo Derchi took a hopeful view of the future of women in top positions in medicine, especially radiology.

‘Today, leading positions are mostly held by old men like me. But this culture of male prevalence is already being shaken up, and in a few years’ time many of these roles will be filled by women. Radiology can only benefit from the end of this inequality.’ 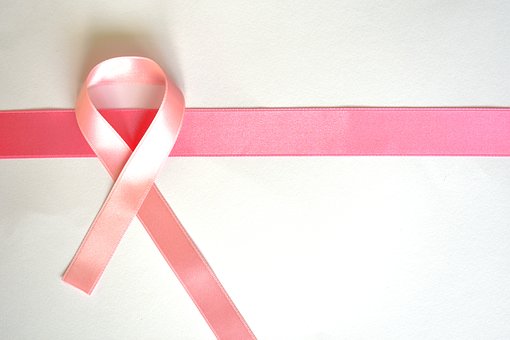 The Breast Cancer Research Foundation Symposium and Awards Luncheon was held on October 25, 2018 at the New York Midtown Hilton. This awards luncheon marked the culmination of Breast Cancer Awareness Month, observed in October.

This important event acknowledged the efforts of over 300 scientists who have made important strides in the fight against breast cancer. Dr. Hedvig Hricak received the Jill Rose Award for outstanding research excellence. Hedvig Hricak is the current chair of the Department of Radiology at Memorial Sloan-Kettering Cancer Center, and much of Hricak’s research focuses on cancer detection and treatment. Mary Dillon, CEO of Ulta Beauty, received the Sandra Taub award for philanthropy for funding more than 440,000 hours of breast cancer research.

The event was hosted by Amy Robach (a breast cancer survivor and ABC news anchor) and actor Andrew Shue.

Despite his recent diagnosis with brain cancer and surgery to remove a related blood clot, 80-year-old Senator John McCain announced he will be returning to Washington DC from his home in Arizona to take part in a crucial vote on healthcare reform.

The Senate is scheduled to vote on a Republican sponsored healthcare bill which, if passed, could drastically undo much of Obamacare’s legislation. The fact that McCain is making a heroic effort to return to the Senate floor in time for this vote seems to indicate that his vote could make the difference in the bill’s passage.

Over the past few weeks the Republican bill has come within a hair’s breadth of its own demise several times as the GOP struggled to make good on its 7-year promise to “repeal and replace” the Affordable Care Act, Obama’s signature legislation.

At the moment, a Senate vote is predicted to be uncomfortably close; with 52 votes for the Republican bill, and 48 against, making McCain’s vote a key vote for success.

The GOP legislation would eliminate tax penalties on people who do not buy health insurance policies; cut the Medicaid program which helps the poor; and would reduce the amount of government subsidies available for consumers who wish to purchase insurance but can’t afford it.

The latest bid for Cigna came after months of negotiations between the parties and a previous offer ten days ago. The latest takeover bid came when Anthem offered to buy Cigna for about $175 per share. Cigna is still saying no to the offers.

On Monday morning Anthem’s market value was estimated at $43 billion, and Cigna’s was approximately $35 billion.

According to data supplied by the Gallup Well Being Index, the Affordable Care Act, otherwise known as Obamacare, has made significant changes to the numbers of people now with basic health insurance benefits.

In 2006 the number of American without any type of health insurance reached an all-time high of close to 44 million people. That accounted for about 17% of Americans. The trend continued through 2010, with many states having even lower percentages of their populations covered.

Today, with the implementation of Obamacare there are more Americans with some kind of health insurance than ever before. Since ACA was launched 10 million more people joined the ranks of the health-insured and no longer have to fear paying full price for medical care.