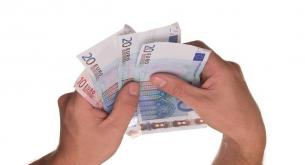 During the craziness of the catastrophe to hit Japan last week, how were people trapped about to stay in touch? What was the best piece of technology that linked people to loved ones? A 25-year-old woman from Tokyo who was traveling by train to the airport, spoke about how she managed to tell people she was okay, despite the fact that there was no cellphone network available for voice calls.

3G Saves the Day While Blackberry Is Fruitless

It was the 3G Data Network and a bunch of iPhone apps that came to the rescue. The Blackberry on the other hand, was incapable of sending and receiving messages at all. The iPhone worked, so long as you could keep charging it; it provided consistently good reception. As well, Viber was the only method out of all the networks for getting calls through (Skype was unavailable for many hours).

Perhaps given all this it’s not all that surprising that when the iPad 2 was unveiled just over 2 weeks ago, it immediately sold out “within hours” of its launch. It is thinner and more powerful than the first model; has a camera in the front and back to enable video conferencing with photos and videos and is the same price as the first one. Even though this is really just a slight upgrade from the first, customers kept on coming, with one lady selling her spot in the line for $900 to a businessman who just didn’t have time to wait in line from 5 am and had to have the new iPad before his business trip!

Jobs Always on the Job

If Apple creator Steve Jobs just keeps getting it right and his communication tools are even helping in situations such as Japan’s catastrophe, then it makes sense that his products will keep gaining in popularity. Just make sure you reserve your spot in line early for any new Apple launches in the future; you never know, it could be more than just a great gadget; it may be your rescue tool out of a crisis.