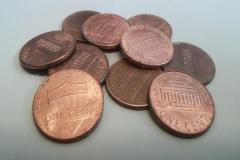 Apart from being good hockey players, the Canucks seem to have another skill up their proverbial sleeve. According to those in the know, in the last few years the team has become a “marketing juggernaut, the envy of virtually every other franchise in the National Hockey League.” So what exactly has their (marketing) tactic been? The team has tons of corporate sponsors; increasing merchandising sales and in terms of their sporting activity popularity, every ticket to a Rogers Arena game has been sold since November 2002, rendering it “the longest such streak in the NHL.” In the last five years it is thus difficult to come up with any other franchise that can beat this. Indeed, they could even go so far as becoming America’s third national team, together with the Canadiens and Toronto Maple Leafs. Outside Vancouver, you can see more and more Canucks jerseys in the stands, which was “unheard of” until recently. According to the team’s COO Victor de Bonis, all of this has rendered being a Canucks fan “cool.” For de Bonis, this is even nicer since when he joined the team more than 17 years ago, it was just before it lost seven games to the NY Rangers in the 2004 Stanley Cup Final. What ensued was not pretty for the team, which witnessed “floundering players,” and increasing frustration from supporters.

So challenging were these times that de Bonis points out that at some points “it wasn’t even certain the team would remain in Vancouver.” But once the team started doing better, its marketing efforts followed suit with increased community outreach, coining the slogan, ‘We Are All Canucks.’ The team uniform returned to its traditional blue and green hue but with an added “sleek, classic look that retained the killer whale orca as its chief logo.” In this year’s playoffs merchandise sales have further increased with the Canucks’ ‘problem’ now being keeping up with inventory! Social media is big – over two million website hits recorded last month – which suggests how the Canucks are also being able to tap into the younger generation of potential fans.

So what has been the secret to the team’s marketing success? One view is “superb brand management,’ which began with the commitment to their slogan since many other teams change their slogans way too quickly. “The Canucks stuck with what they had, and it’s resonating even more, as their support increases during the playoffs.” And how does this translate financially? Pretty well apparently ,with predictions of their gross monies ranging from $30-45m in 2011. Perhaps we can all take a few marketing lessons from the Canucks!